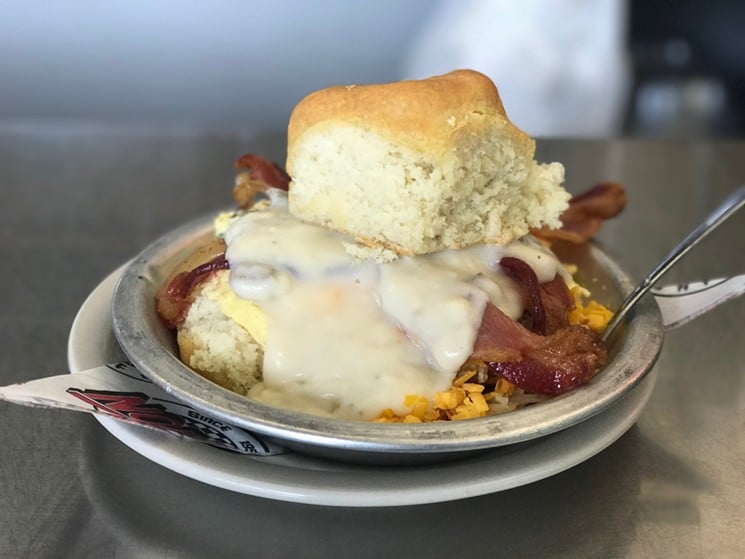 The Dallas Observer famously makes a list of their top 100 favorite dishes in Dallas. And our Ol’ No. 7 came in at #23!

If Ron Swanson were a real person and not a mustachioed character on Parks & Recreation, we would have found his favorite dish in Dallas: Norma’s Ol’ No. 7, a massive pile of meat, eggs, gravy and biscuits.

This mountain of breakfast foods combines three scrambled eggs, bacon and hash browns that are smothered in creamy sausage gravy, melted cheddar cheese, jalapeños and tomatoes and topped with a flaky, fresh-baked biscuit. Norma’s won’t allow for substitutions for this $10 beast, but why mess with perfection? This is, simply put, the biggest hangover buster around, and if you’re able to finish the entire thing in one sitting, there should be some kind of prize — or at least a few Tums.